From insects to lab-grown and plant-based meat, there’s a movement afoot to supplant traditional meat with fake meat. Many artificial meat brands come with big-investor backing and selling points such as “Cruelty-Free, Safe, Healthy and Environmentally Friendly, Healthy,” as a prototype package of cellular meat proclaims in big type. But do these meat alternatives really live up to the hype?

We reviewed the latest research to see how red meat stacks up against these new fake meat options.

Lab-grown or cell-cultured meat as it’s called, is available for purchase for consumption in Singapore. Some 70 countries are researching cell-cultured meat, according to the Center for Food Safety (CFS). The backers of cultured meat say it’s more sustainable and better for the environment because of greenhouse gasses linked to cows. Uma Valeti, CEO of Upside Foods, recently told CNN, “These products are not vegan, vegetarian or plant-based — they are real meat, made without the animal.”

How do you grow meat?

Researchers take sample cells from livestock and then single out the cells that can be replicated. They then “feed” those cells to grow them in a sterilized lab. The goal is to eventually migrate the process to a manufacturing facility for large-scale production. Company backers tout this as a slaughter-free and environmentally friendly way to grow meat.

However, the slaughter-free image is coming recent scrutiny. It’s come to light that currently, all lab grown meat needs fetal bovine serum, which is the blood of cow fetuses, to start the growing process. When pregnant cows are slaughtered, the baby fetus is kept alive and then bled out, its blood is then refined into FBS. Millions of cow fetuses are slaughtered in this fashion.

Other drawbacks of lab-grown meat

Aside from overcoming likely consumer resistance, the current price of lab-grown meat is also likely to be an obstacle. While it’s come down considerably, lab-grown meat has a long way to go. Mosa Meat, a food tech company based in the Netherlands predicts that by 2029, the price of a burger would be $10—a far cry from the original creation plated up in 2013 at a cost of $284,400.  But until regulators approve the meat, prices are unavailable. Nutritional information is also unclear, but cellular meat researchers say that it will be like that of real meat, only engineered to have healthier attributes such as lower cholesterol.

Jury is out on environmental impacts

Some estimates say it could be another decade before it’s on grocery store shelves. While lab-grown meat developers say it will help greenhouse emissions by reducing the methane produced from cattle, others argue that the production process will make climate change worse because it will produce more CO2, which could take thousands of years to dissipate. 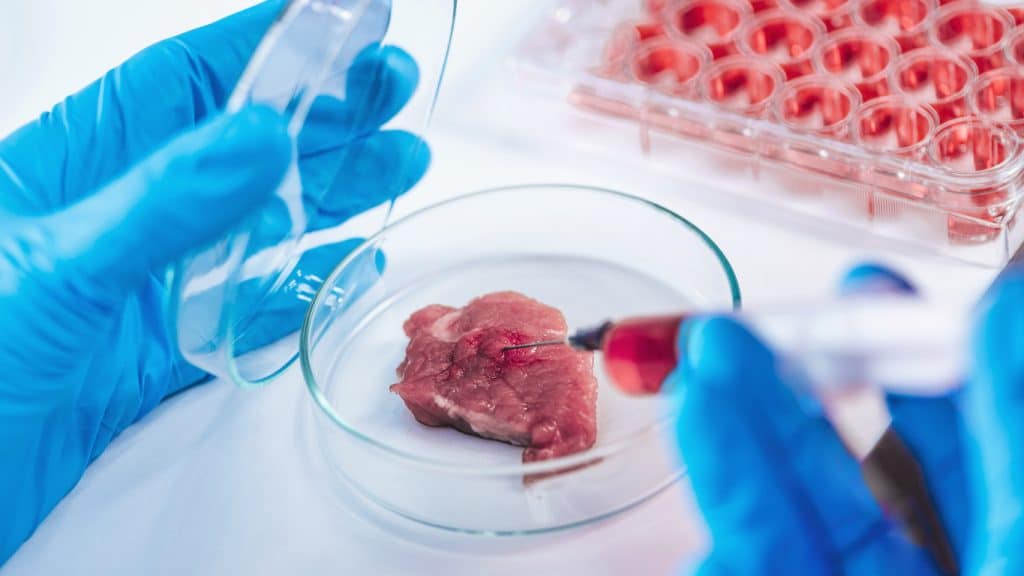 Lab-grown meat is grown from cow cells and Fetal Bovine Serum, which is created from the blood of a dead cow fetus.

In “Coming Soon: Faux-Meat Burgers Made From Maggots and Mealworms,”  Bloomberg discusses the variety of insects that researchers are considering to concoct new forms of meat. Why the push? Like the lab-grown meat movement, the food industry wants to develop environmentally friendly protein sources through insect farming. It reasons that eating crickets and other insects is cultural acceptable in many parts of the world, including Africa and South America. Already on Amazon you can find numerous offerings of roasted cricket snacks and cricket protein powder. You can buy a variety pack of snacks containing cooked and dehydrated mixed bugs including crickets, grasshoppers and silkworms. 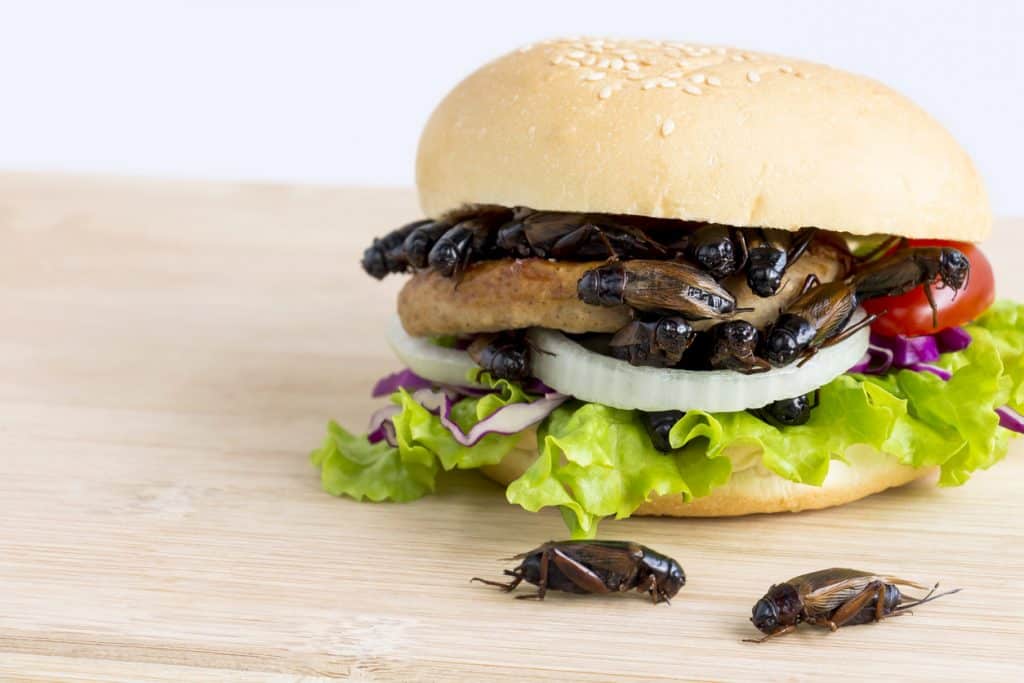 Vietnam-based Cricket One is selling cricket meat formed into burgers without the exoskeleton. Meanwhile, whole roasted crickets and cricket flour is available for sale in the United States on Amazon. Here’s a conceptual  “cricket burger.”

Vietnam-based Cricket One launched its first line of products in 2020 featuring Cricket meat, including burgers sausages and pate with cricket meat. Cricket One states that its cricket meat is lower in cost to beef and contains a higher protein ratio. Cricket meat contains amino acids, essential vitamins such as B12 or B6 and minerals like magnesium.  Canadian company Aspire is another big cricket manufacturer. It sells its ground cricket meat as ingredients for humans and pets.

Insect meat investors also claim that it takes fewer resources to raise crickets than livestock. About 200 crickets go into making a 125-gram cricket burger. It’s able to raise 25 million crickets at its facilities and it only takes 35 days for a cricket to mature into an adult. Meanwhile, in Germany you can now buy the Insekten Burger. It’s made of 500 chopped up Buffalo worms. Its creators argue it uses less water and energy and produces fewer emissions than cattle farming.

One of the challenges of harvesting crickets, Cricket One says. It is difficult to  remove of the bug’s exoskeleton. The consistency of cricket meat is also a hurdle because it doesn’t bind the way minced beef or chicken does. It tends to separate when you take a bite.  People with shellfish allergies might also be allergic to crickets and other insects.

Not everyone agrees that eating insects is safe for human. In fact, many argue that eating insects can pose dangerous risks to humans, as detailed in this story on the Possible Dangers of eating insects. Insects can transmit dangerous bacteria such Staphylococcus and Streptococcus. Dangerous spore-forming bacteria have also been found in processed edible yellow mealworms, locusts and house crickets. They can also carry viruses and could potentially transmit insect-borne arborviruses such as West Nile Virus. Research is needed to ensure large-scale production safety. 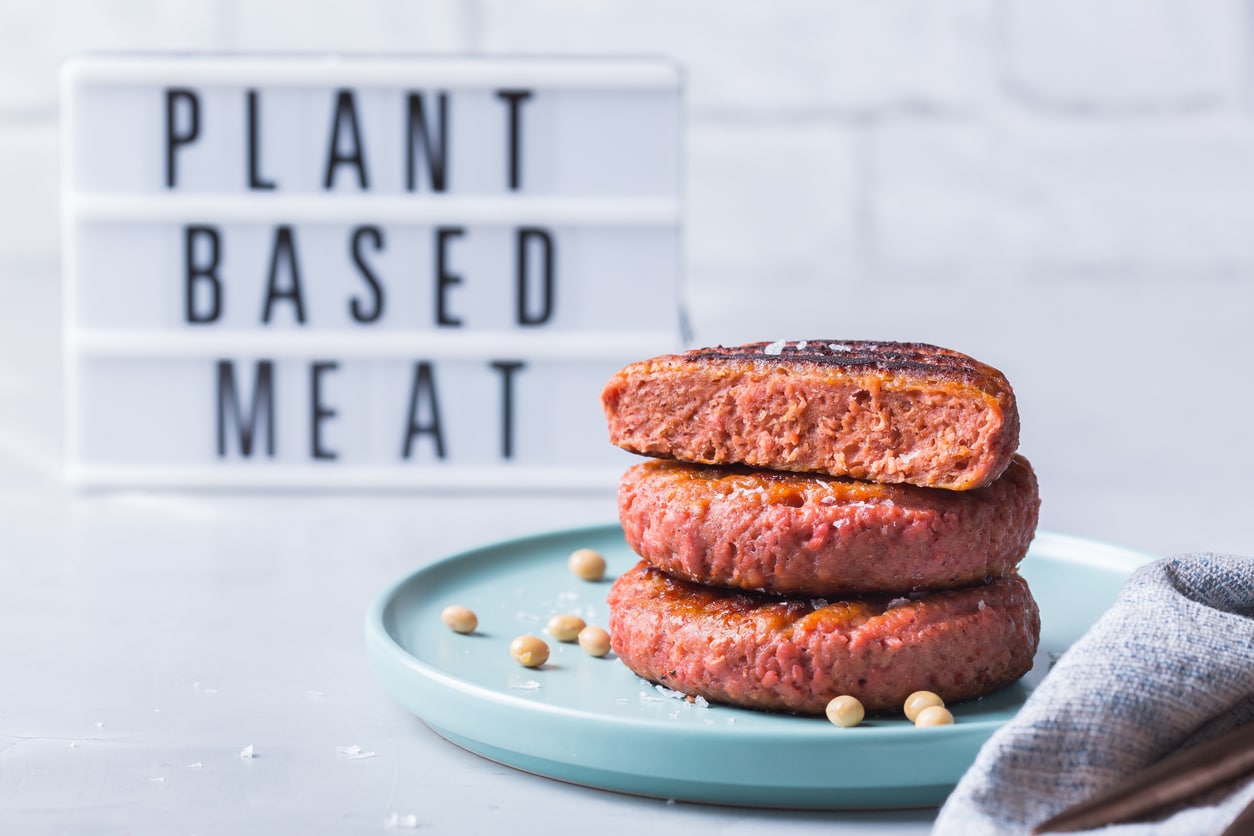 Unlike veggie burgers, plant-based burgers aim to mimic the taste and texture of beef burgers. They are high in sodium and several brands use genetically modified ingredients.

In contrast to cultured meat and insects, plant-based meat has a foothold in the meat industry.  Supermarket News pegs the overall plant-based industry at $9.4 billion. Beyond Meat, the market leader, had $100.7 million in revenues in 2021. Its plant-based meat products include the well-known Beyond Meat (ground plant-based meat), Beyond Sausage, Beyond Chicken Tenders and forthcoming vegan steak expected later this year. Last year it struck a deal with Yum Brands to make Beyond products permanent menu options at KFC, Taco Bell and Pizza Hut, but so far none of that has materialized. Still, Plant-based burgers have come a way to mimic meat in texture, taste and smell as well as the nutritional profile of a meat burger.

On the flipside, as we’ve discussed in Does Plant-based = Healthy?, nutritionists cite the nutritional deficiencies of plant-based meat. While every brand is different, they tend to be high in sodium and contain processed ingredients. For instance, the Beyond Burger contains refined coconut oil, rice protein, cocoa butter and dried yeast. Impossible uses key genetically engineered ingredients: heme (soy leghemoglobin), what it calls the engineered molecule that makes its product “bleed” like meat, and soy protein. So, if you only eat non-GMO foods, you’ll need to scrutinize labels before consuming plant-based products.

Diana Rodgers, a dietitian who’s the executive director of Global Food Justice Alliance, has written extensively on the differences between plant-based and real beef. First, she points out the main selling point on plant-based meat might be moot. Dietary cholesterol reported on nutrition labels is no longer a “nutrient of concern” by the USDA dietary guidelines because it doesn’t really affect your body cholesterol, Rodgers says.

She goes on to say that there are zero benefits to alternative burgers. “They are less nutritious, not better for the environment and ultra processed food. If people prefer not to eat meat, I suggest they get their protein from tofu and beans, not fake meat products. However, as a dietitian, I can firmly say there is no advantage to removing meat  from the diet.”

The authentic burger: Red meat, while not a low-fat food, offers amino acids and other beneficial nutrients.

In the end, perhaps no meat is “better or worse” just different. A recent independent study by a group of researchers at Duke University came to this conclusion. The researchers used a tool known as metabolomics to study the expanded nutritional profiles of plant-based meat vs. real meat. (Metabolites are substances formed or are  necessary for metabolism; metabolomics is the study of metabolites within the body.)  The average consumer might look at the nutritional labels of plant-based and beef burgers and find little difference. “But if you peek behind the curtain using metabolomics and look at expanded nutritional profiles,” Stephan van Vliet, a postdoctoral researcher at the Duke Molecular Physiology Institute who led the research told Duke Today, “we found that there are large differences between meat and a plant-based meat alternative.”

The authors said that nutrients identified in meat “have potentially important physiological, anti-inflammatory, and or immunomodulatory roles” that are key for healthy functioning brain, organs and muscles. Likewise, the plant-based meat contained “several beneficial metabolites not found in beef such as phytosterols and phenols.”

“Plant and animal foods can be complementary, because they provide different nutrients,” van Vliet said.

The average American eats about 55 pounds of beef per year, based on 2019 USDA Food Availability data, a proxy for food consumption. So, while beef consumption has slowed there’s still a solid demand for it. See Take a Bite of these new Burger Options to see veggie and blend burgers. So, next time you consider what to place on your burger bun, think twice.

Patty Yeager is the managing editor of Smart Lifebites. Her stories include: No Excuses Guide for Starting a Vegetable Garden and 5 Cool things you probably didn’t know about pecans. 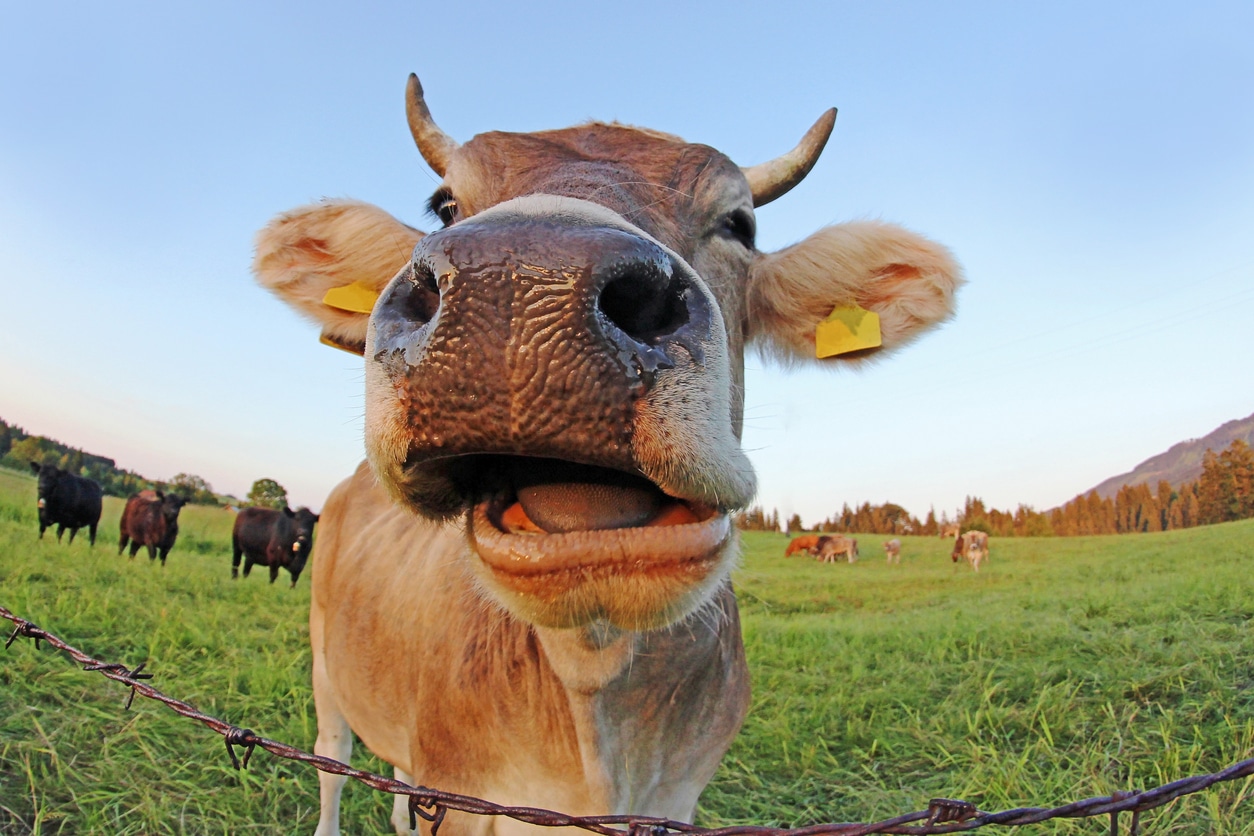 Feature post, Nutrition, Using food as a force for good 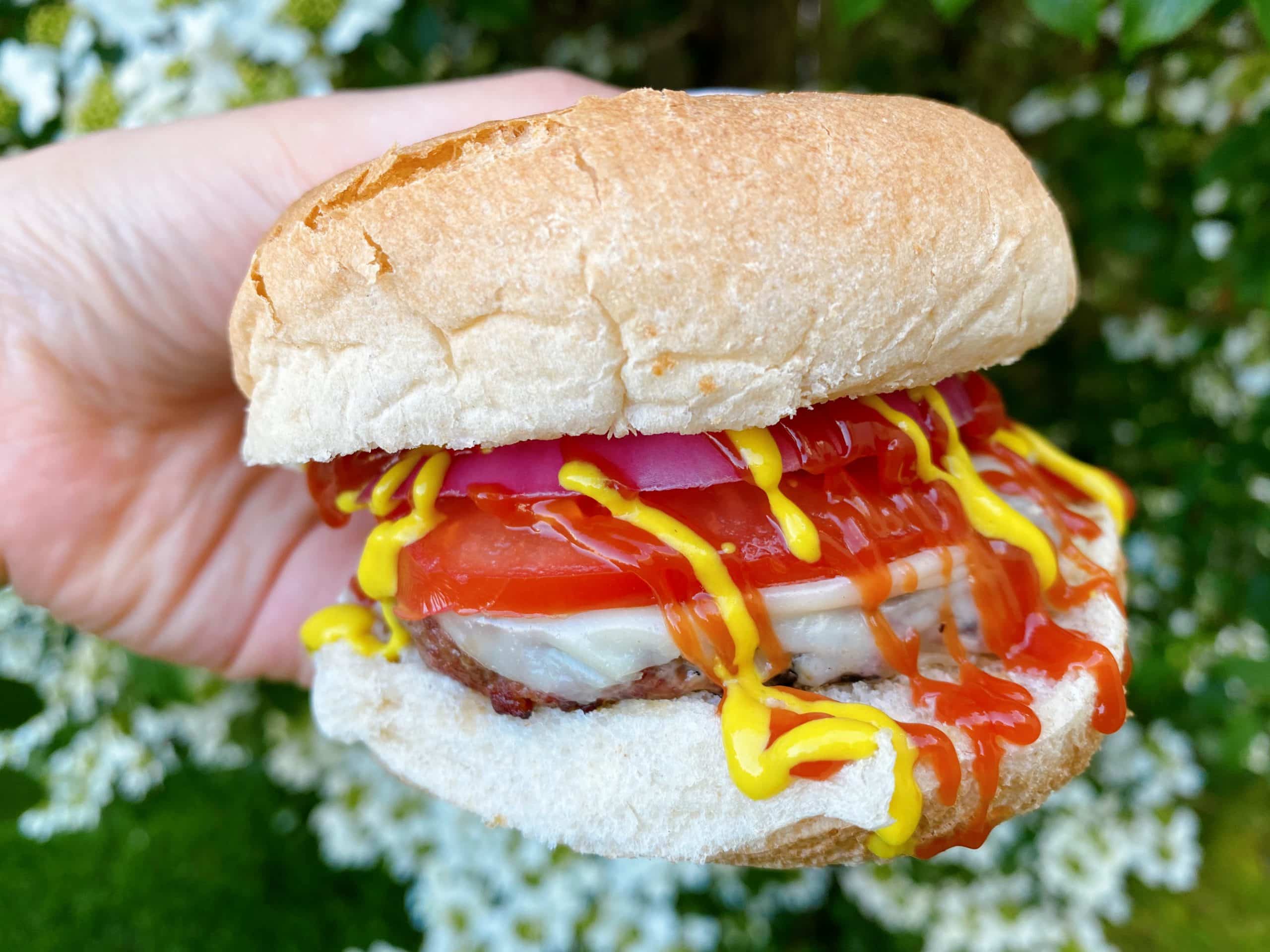 Take a Bite of These New Burger Options 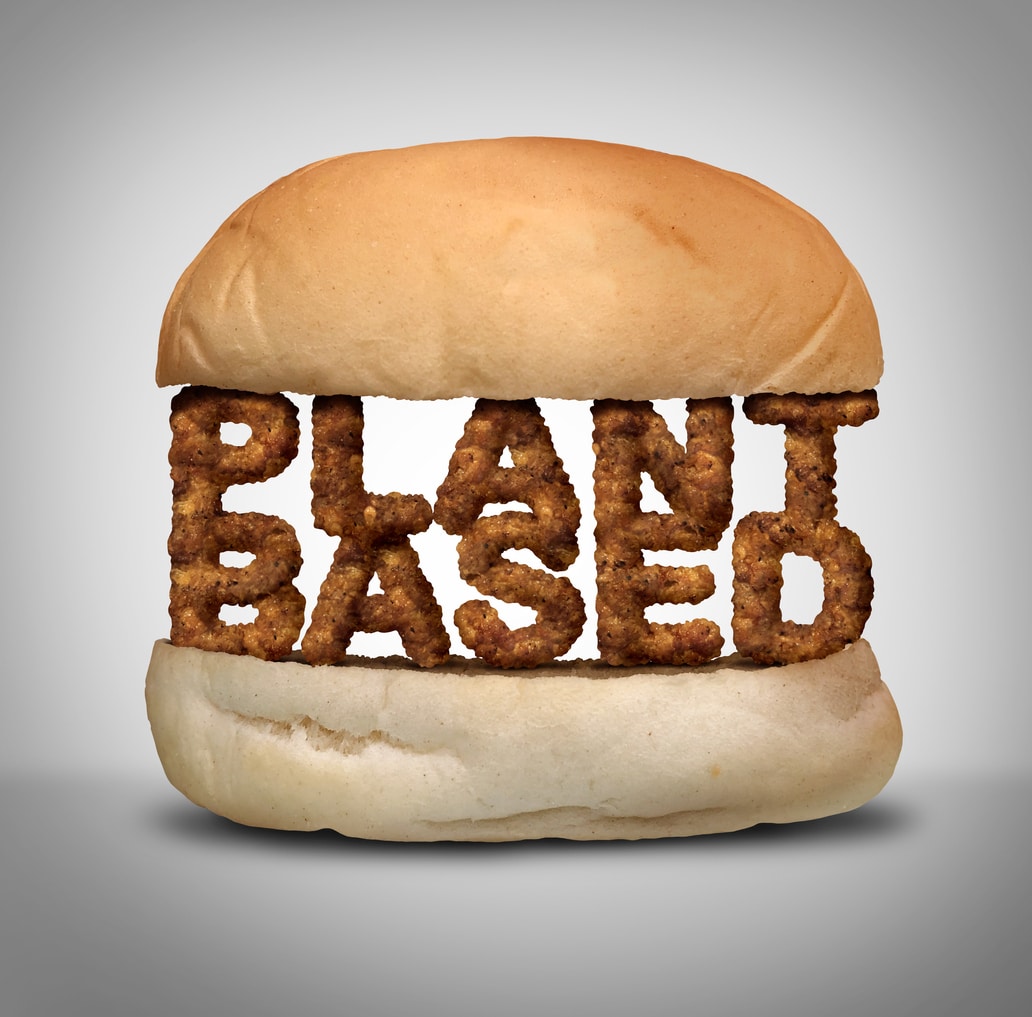 Does plant based = healthy?