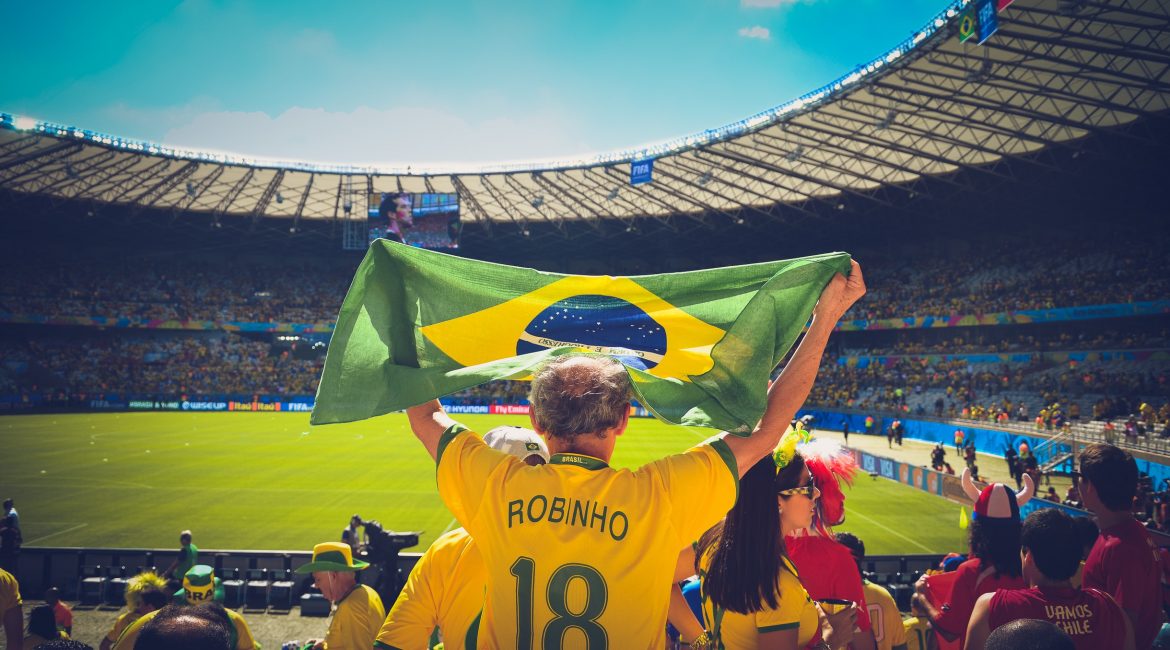 Soccer fans worldwide are glued to their TVs or digital devices, watching the FIFA World Cup, the month-long, men’s tournament that kicked off in Russia last week. Even though the U.S. Men’s team failed to qualify for the 32-team tournament, there’s still good reason to have your children watch the action as inspiration for what can be achieved through hard work and perseverance. Equally as important is to view the games as an example of how NOT to act on the field. International men’s soccer players are notorious for playing dirty, faking injuries and being sore losers. If you’re a youth soccer coach or even a soccer mom or dad, you’ll want to point out these bad habits, lest they make their way onto the soccer field come fall.

1.    The Slide Tackle: This is when one player slides into an opponent to try to steal the ball away from him or her. This is legal according to FIFA, unless the referee determines it to be “careless, reckless or using excessive force.” Trust me, this will not go over well on the youth community soccer field, at least in the second grade-and-under division. I coached youth soccer for years and had a girl who was constantly sliding into opponents and getting penalties. I don’t think she was consciously doing it either; she’d just watched a lot of U.K. soccer games on TV with her Scottish Dad. Check your youth league to see what’s allowed and what isn’t and at what age.

2.   The Biting: Yes, in several instances,  men’s professional soccer players have bitten each other. In a 2017 Gold Cup quarterfinal game, El Salvador defender Henry Romeo appears to bite U.S. player Jozy Altidore on the back of his shoulder and twist his nipple. Ouch! Back in 2014, FIFA penalized Uruguay striker Luis Suarez for biting the shoulder of Italy’s Giorgio Chiellini. (Suarez will be back in the action in this World Cup so look out for him!) Kindergartners have just mastered the no-bite rule, so you don’t want to think this is suddenly OK. 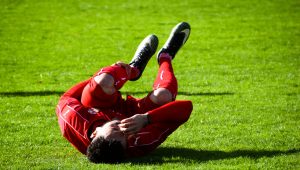 3.    The Fake Injury: YouTube is full of footage of fake injuries from men’s professional soccer games. You know the ones—where there’s barely any contact and the player suddenly flops on the field and is seemingly writhing in pain, clutching a leg and gritting his teeth. As soon as the opponent is served a penalty, he makes a miraculous recovery. Yes, kids soccer will have its legitimate injuries, such as concussions, which we’ve written about before as a serious issue, but games would drag on forever if everyone started faking injuries to get ahead.

4.    The Secret Shove: Some professional soccer players will go to extremes to try to gain the upper hand on their opponent even if it means shoving, tripping and whatever else they can do on the sly. Thankfully, instant reply footage can catch most of this, but it still sends the wrong message to young soccer players. When my daughter was playing in a teenage league her goalie dove for a ball and just as the referee turned away the opponent stomped on her hand. Another time the goalie got a kick in the face after stopping a goal. Not OK! 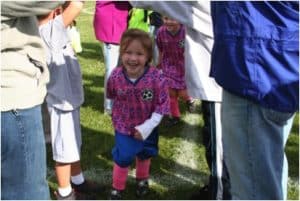 Whether they win or lose, both teams get to run through the “tunnel,” ending youth soccer games on a positive note and teaching good sportsmanship!

5.    Sore losers: This is where a country’s fans are just as guilty as the players, especially when drunk fans heckle the other team and cheer on the bad behavior of their team’s players. Teach your kids to check their tempers before they start a game, and spell out to parents they can be banned from a game if they start jeering at the referee for a bad call or calling players names. U.S. Youth Soccer has taken steps to improve sportsmanship on the sidelines and on the field, but it requires constant vigilance on a coach’s part to hold people accountable for their actions. One way to help young players to be good sports is to always end a game with a tunnel parents create by holding hands up high for the teams to run through. This is a great way to end the game on the positive note, whether the kids have won or not.

So this World Cup, sit back and enjoy the games with your kids and remember next time you see poor sportsmanship, it’s a great teaching moment.